A gift for all my children (and not much else beside)

To know that naught’s impossible to those who can believe

From this springs life’s wonders and all that they’ll receive. 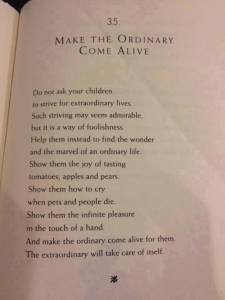 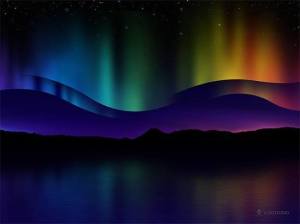 She picked up her pen staring at the blank sheet before her. It began.

Her hand moved, forming shapes on the white surface that wove the magic of words. She became more engrossed, captivated by the pictures forming before her eyes. The dirty casement vanished; coffee cups dwindled to nothing as a fresh breeze took the air.
She was transformed, re-clothed in silk, her features rearranged as she breathed in the role. Fingers formed the words she would utter, mind already scripting the scenes. Willingly she stepped into the world she was creating, breathed in the perfume of a hundred flowers as her eyes searched a velvet sky for details of the flying beasts above her, all the while her fingers dexterously capturing the imagery.
Slowly from the dust her counterpart took shape, his features refined by the art of the pen. Looking inward she formed his thoughts, his character, and her own. She was a superb actress, wrote her own lines. The dingy room was left behind. Purple stars echoed the vermilion sunset, a breeze blew tiny undescribed insects across her path. She had been here before perhaps, it seemed familiar. She clothed herself in a new identity, one that never put on weight or grew old, one with a perfect smile and sad eyes…
At last it was finished. She looked down with pride at the clustered pages. She loved to write. Disengaging herself she set it on the shelf, one world among many there, their pages telling of adventure, mystery, and love. With a sigh she gathered together the dirty coffee cups and headed down stairs to cook. Time to put away the robes and props, but she would act another day.