Sometimes we are made to feel guilty,but really it is upside down and inside out.
Whether you believe we are a creation of God or a random bleep of evolution the concept remains. “In the beginning” everything was free. You had to earn it in a sense by foraging, hunting, farming or building, but nothing was owned. Now corporations want to sell us our own water (pretty soon they’ll start bottling the air!)
The basic math is if some take more than they need others have less (and some folks can sure be greedy!)This world belongs to us all, not just the multi national corps. the corrupt politicians that rule or those shadowy figures that lurk behind the scenes pulling the strings.
It was not this way in the beginning and it will not be this way in the end. I’m not against the rich if they use their money in a benevolent way, care for their workers, produce ethical, quality goods, but to a large degree world economics doesn’t work that way.
That’s why I’m so adamantly against the extreme promotion of evolution in our schools.This generation are being taught if you are stronger you have an evolutionary right to prey on the weaker, it’s just nature. I seem to remember Hitler being big on that!
That’s also why I would embrace Christian ethics even were I not a believer. It contradicts evolution, teaching that the strong should care for the weak.

Every day we are surround by angels!

Every life is a fresh thought from God to the world.

This was one of the revelations I received when I first encountered God (in my case through Jesus) that my belief or non belief had no baring whatsoever on His existence.

It sounds such a silly supposition to think it would, but I believe many people subconsciously think this way, (that since so few folks believe nowadays He can’t be real). Then there’s the widespread thought that mankind “invented” the idea of God to fill his need for something beyond himself – that one hampered me for many years.

I’ve often said that in my case finding God was like walking into a lamppost. The “post” was solid, to think that it needed my belief would be absurd!

I realized I’d not been seeking God as much as He’d been seeking me, it all began with Him not me (humbling but so awesomely wonderful!). 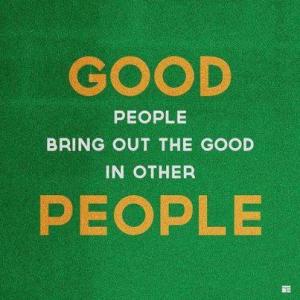