Yes, we girls do have our fantasies and this was secretly mine.

I wanted a warrior strong enough to protect me from the evils of this world, afraid of nothing, but gentle in his strength, honorable, kind, loving, upholding the weak, giving selflessly of himself for others, loving and understanding me unconditionally, without deception and (if you happen to be as wild and independent as me) the only one who could tame me, to whom I would submit, not from fear but from love and respect.
A totally unreasonable list you think? Of course! I soon discovered, under the iron plate, even the best of men are but clay like me, but I did find my knight. 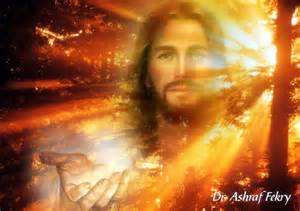 This one really resonates with me as “strong” tends to be an adjective that’s often been ascribed to me throughout my life. Only those very close to me are aware of my inherent weakness (though it shows more and more as I get older.) Rather I’ve found courage because there was no other option. In doing so I learnt how to lean heavily.

Like ivy on an oak in the storms of life, sometimes God intervenes and shelters us; while in others He allows us to be exposed, so that we will be pressed more closely to Him. 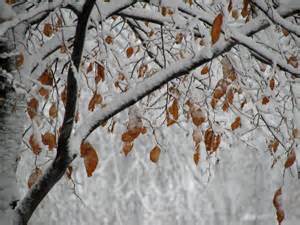 Days pass like leafed messengers floating on the breeze, quiet, silent, unobtrusive, they fall away revealing the bough on which they grew and growing had their day. The substance within was what nourished them. The rising sap of spring made the crowning leaves of summer, and now… now its autumn and the leaves gently fall carried on the wind.

Sap retreats for it feels the touch of frost in the air, but the branch remains, a limb of sturdy oak it yet defies the blast of winter. The tree stands still and silent in the forest. When the winds come it shall move and sigh forth its sounds in the gale. It shall give shelter, though lost forever it seems is that gentle running current within that dressed it so beguilingly in green foliage.

Once there were many leaves, now but few. Life’s autumn season is one of humility, yet this season reveals, hidden strength, grown by the living sap at work within. The dainty leaves couldn’t stand the frost but this bough can weather winters blast having grown supple in summer storms. It knows, deep within, the sap still resides. Unseen, unheard, it awaits the spring when again it shall burst forth in a flurry of leafed glory and rise up to the heavens to dress the leafy boughs in splendor. The sap has not gone, the tree yet lives. Its boughs now collect beauty of a different sort; more splendid than before as, dressed in white, it patterns the heavens.

It is in winter a tree is best seen, when nothing of vanity remains, just strong, lithe limbs reaching upward in defiance of the weights of earth. It is at this time that its power and beauty are revealed, a sight to stir the senses more than its former gaudy plumage. Winter is the true revealer of the tree.

Do not fear these passing days of leaves that seem to fade before you as they skim and dance in the wind. Without those leaves you can stand fearless in the wind. It passes through your empty branches and finds naught on which to take hold as you sway and dance in its presence, till one day, the sun arises and you feel a tingling deep in your roots. You know what it is, for you felt its coming before, the sap rises.